The Value of Calprotectin in Inflammatory Bowel Disease Monitoring -

The Value of Calprotectin in Inflammatory Bowel Disease Monitoring

Calprotectin: The Key to a Successful Treatment Pathway for IBD

What is Inflammatory Bowel Disease?

Inflammatory Bowel Disease (IBD) is a chronic inflammatory disease of the gut, which presents with periods of inflammatory activity (flares) and quiescent phases (remission) as  can be seen in many chronic diseases. IBD includes several different diseases; the two most important ones are Ulcerative Colitis (UC), with inflammation localized mostly in the colon, and Crohn’s Disease (CD) which affects the entire gastrointestinal tract.  The highest reported prevalence of IBD is in  Europe (UC, 505 per 100,000 persons; CD, 322 per 100,000 persons) and North America (UC, 249 per 100,000 persons; CD, 319 per 100,000 persons) and affects people of all ethnicities.1 IBD is believed to be associated with industrialization of nations.2 and the incidence may be rising in developing nations as they become more industrialized.3

Calprotectin is a zinc-binding protein expressed mostly in neutrophils and macrophages, which is believed to play a role in the defense against bacteria and viruses. Calprotectin can be found in stool samples  due to infiltration of these cells into the inflamed gut tissue in IBD. When measured in stool samples, calprotectin is an excellent surrogate biomarker for inflammatory status of the gut as it correlates well with endoscopic activity.4 Fecal calprotectin (fCAL) has been used for several years as an aid in diagnosis to differentiate between organic inflammation in IBD versus patients without an organic inflammation, the latter being classified as irritable bowel syndrome (IBS).5 One key aspect of using calprotectin as an aid in diagnosis of IBD is the elimination of unnecessary endoscopies. Measuring calprotectin levels in patients that present with nonspecific gastrointestinal symptoms can be used to identify those patients with elevated calprotectin levels indicating an increased likelihood of having active inflammation of the gut that needs to be confirmed by endoscopy. Conversely, patients whose calprotectin levels are normal will be spared endoscopic examination which is uncomfortable,  painful, time consuming and costly.6

The value of using calprotectin to monitor diagnosed IBD patients has also been known for a while and has gained increased attention over the years and is becoming standard of care in today’s IBD care pathway.7,8 In IBD disease monitoring calprotectin can be used to assess two different states of patients in remission.

(a) Calprotectin has a very good negative predictive value. A low calprotectin level in a patient’s stool sample indicates the absence of inflammation and an increased likelihood that the patient will stay in remission for the foreseeable future. It has been shown that patients that have a calprotectin value in their stool below 100 µg/g are likely to stay in remission and have ongoing mucosal healing.9,10

(b) Elevated or increasing levels of calprotectin that cross a specific threshold (around 250 to 300 µg/g) indicate the likelihood that a patient might have an ongoing inflammation and might experience a flare in the near future11. In many cases the calprotectin values increase before patients experience active clinical symptoms12 and significant increase in calprotectin levels can appear 3 months before a relapse can be confirmed through endoscopy or the appearance of clinical symptoms.13 Consecutive elevated levels of calprotectin within 1 to 2 months increases the predictive power considerably.14,15,16

All this evidence taken together points towards establishing treatment pathways, where patients are performing a calprotectin test ideally every 3 months and depending on the result are categorized into different pathways. Patients with low calprotectin (below 100 µg/g) should continue their usual treatment while patients with elevated calprotectin (above 250 µg/g) and a subsequent confirmation within a few weeks should be seen in the clinic for further clinical evaluation such as symptomatic and endoscopic scoring. This can then lead to a change in treatment strategy in order to prevent an active flare from ever developing.17 Treatment pathways where calprotectin is used as a treatment target have been shown to be more cost-effective compared to standard care where calprotectin is not part of the treatment decision.18 As with other chronic conditions, IBD is the ideal case for patients to be monitored remotely either through phone calls19 or modern web or smartphone based eHealth tools.20,21  This provides  benefits for  patients in remission because they can avoid unnecessary clinic visits, which helps to reduce costs for the health care system overall as well as to increase patients’ quality of life. With the advent of ubiquitous mobile technology, more and more eHealth solutions are available for patients to monitor their disease and share the data with their doctors. There are already many different smartphone apps to register disease activity.  To date, very few of these applications are clinically validated,23 but in the coming years eHealth tools will become the standard of care in IBD monitoring.22

In conclusion, given the high prevalence of gastrointestinal disease, the value of calprotectin in IBD patient monitoring, and the downfalls of traditional treatment pathways it is clear that frequent monitoring of calprotectin values in IBD patients is beneficial to their care. Patients in deep remission can avoid time consuming hospital visits as long as their calprotectin values are low. However, as soon as the first elevated calprotectin measurements appear their caretaker can take early action such as a tighter monitoring strategy and other clinical evaluations to avoid a possible upcoming flare all-together. With the advancement of new technologies making calprotectin testing at home possible, patients can be cared for remotely but with constant oversight by their treating physician. 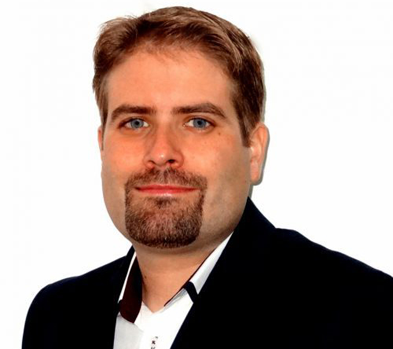 Christian Reinhard, PhD, is responsible at BÜHLMANN for the Product Management of the IBDoc® in the field of gastroenterology with a particular focus in calprotectin monitoring in IBD.

He received his PhD degree in Biology and Pathology at University of Geneva, Switzerland and a masters degree in Molecular Life Science in Microbiology and Immunology, University of Bern, Switzerland. He has joined BÜHLMANN in 2014, after a research career in the immunology field with the main concentration in HIV and the innate immune system.